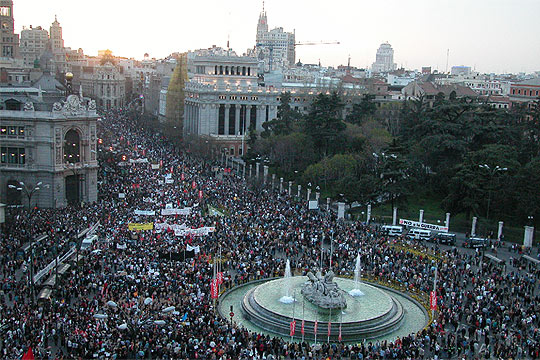 We live in a world populated by several billions of human beings, all of them tangled in a complex society, a sort of human ecosystem that sets the landscape of the life of every individual person. Society is not, and probably will never be, perfect; as the same values are defined by the members of this human environment. In front of injustice, some individuals feel the urge to change how the world works. Individuals are, however, diluted in the crowd, and  thus any attempt to affect the totality of our society needs the support of many others, joining together to become something that goes beyond the sum of its parts. In the age of information, ideas and ideals are shared between people across the world instantaneously, and thus social movements arise with a speed and scope never observed in any other time of human history. Take as an example the manifestations against the war of Iraq that were organized across all the world in 2003. These mobilizations are considered one of the first massive social protests organized through internet, and also one of the biggest protests ever.

Aggregative behaviour is not exclusive to humans, not even to animals. Despite not having such abstract goals, some microbes are well known for their ability to aggregate and form structures that can achieve what would be impossible for a single cell. Some members in the amoebozoa clade are well known for these kind of behaviours, that have earn them the name of social amoebas. Normally found as individual amorphous cells, when the conditions are right they start swimming toward each other, quite often in an hypnotic spiral pattern, until they converge and fuse in a single gargantuan syncytium in which the individuality of the original cells has vanished. This new stage, usually called plasmodium (Do not confound with Plasmodium, a genus of apicomplexan parasitic protozoans that causes some important diseases, such as malaria) can crawl to reach a right spot. Then, the plasmodium transforms into a pedunculated bag of spores that use the new height to propagate more efficiently. This physiological process has been one of the biggest example of genetic altruism, since only the nuclei on top of the peduncle can form spores and propagate. 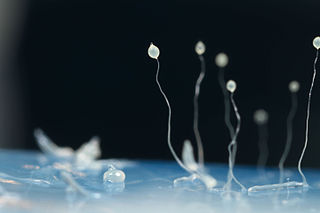 One of these amoebas, Dictyostelium discoideum, is actually a fairly well known model organism for which extensive genetic and genomic resources are available. Amoebas are easily cultured in laboratory conditions and they share with animals the characteristic of not being recluded into a rigid cell wall, unlike the much more studied fungi. Surprisingly, many of the important mechanisms that regulate cell proliferation, migration, aggregation and differentiation are well conserved in Dictyostelium, making it an unlikely but quite attractive model for studying the basics of human cell biology. These properties made Dictyostelium discoideum the first free-living protist to be sequenced, as early as 2005. The availability of genomic resources launched our little friend outside the deep oblivion in which, unfortunately, most of the amoebal diversity reside. 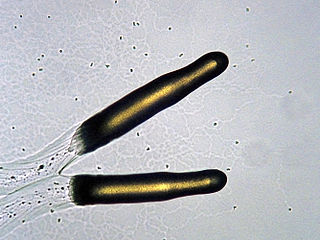 The social cycle of Dictyostelium has raised big interest, and traditional genetic studies have identified a huge amount of genes implicated in such phenomenon. Cell aggregation requires a coordinated cell movement toward the attractant molecules produced by other cells, as well as emisor and receptor proteins and complex pathways that regulate all the process. One of the members of the last group is a protein called Pianissimo (PiaA), whose function is essential for all kind of chemotactic behaviour in the amoeba. PiaA is part of the TORC2 pathway and direct ortholog of mammalian Rictor gene, where it has been identified as an important component for cell migration and metastasis. While lacking active movement, yeast cells cannot live without its ortholog of PiaA/Rictor. As we can see in our tree of the month, PiaA is astoundingly well conserved in both fungi and metazoa, with no duplication events in any of those taxonomical groups, thus showing that animals, fungi and amoeba share a huge number of similarities in their basic components of their cells.